We got the rain we needed but I am noticing that the canopy is turning yellow on my corn crop.

When farmers drive by corn fields they often keep a keen eye as to what is going on in each and every field.  More times than not, when something that is less than desirable is found, which is usually in their neighbors fields, the coffee shop conversation usually goes something like;  “Did you see farmer Bob’s corn field up on the county line?”  “Jeepers, what do you think happened there?”  While many thoughts are focused to finding out the one variable that caused an undesirable outcome of how the crop looks, more times than not after an in-depth investigation into the who, what, where, and why of the outcome, what is reveled  is that there was several variables that have led to a undesirable looking field of corn.

When we see positive results in farming, we do our best to replicate the scenario in future years.  When something negative occurs, we look to change something to make sure the scenario does not present itself in future years.  There is one inherent problem with this train of thought, the lack of investigation into what caused it.  Investigation only occurs when something bad happens, there is often no investigation into what happened to produce a positive outcome, and we just simply tell ourselves we were right.  It is this investigation process that is so important, in both positive and negative outcomes.

Corn plants and the soil we farm do an excellent job of prognosticating future pit falls that will occur in our growing season.  Whether it is a visual sign

We have the ability to tell what is currently going on, as well as what will go on in fields, with a confident degree of certainty.  Agronomic decision’s that are made in season are often measure at the combine.  In-action on a decision is rarely measured, only the practices that were applied are measured. This occurs because of our basic belief that a yield monitor measures our progress.  However, it is my belief that the best way to measure certain applications is with visual interpolation, as well as plant and soil data.  To measure an in-season application at the combine is hard to conceptualize because there are other variables that may have affected the outcome of the crop, after the application was made.

As your operation prepares for harvest make sure you review what you were happy with this year, as well as your concerns.  Turn you set backs into comebacks next year with the things that you were unhappy about.  Every day in every field there is something to learn.  With the help of a trusted advisor and proper investigation you can turn this …… 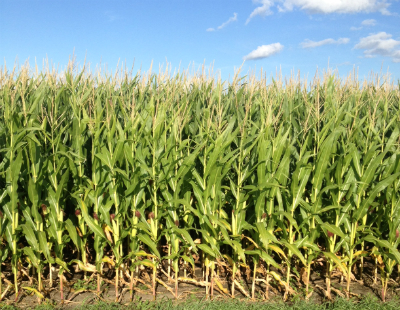 It all starts with re-affirmations of your agronomic plans as well of the re-education that takes place each and every year when given the proper tools to investigate how your crop handled the variables that were both in your control and out of your control.