Corn Capital Innovations > Innovation Blog > General > “Be Willing to Change” – Does that stop you in your tracks?

“Be Willing to Change” – Does that stop you in your tracks? 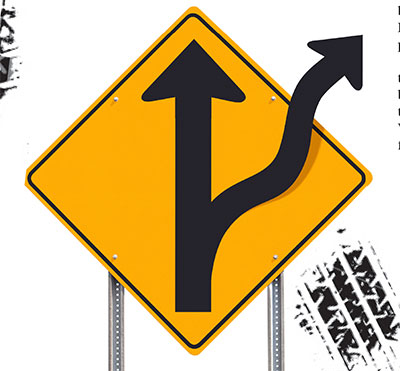 In the latter part of Francis Childs’ life, he became accustom to receiving well over 20 phone calls a day from farmers across the Corn Belt. The most common question asked to him; What is the one thing that I can do to improve my corn yield? His response never wavered: “Be willing to change.” Francis had stated many
times that his response would stop the majority of farmers in their tracks.

“Whatever they (farmers) are doing, they just keep right on doing it and expect things to change.”

Henry Wallace, Norman Borlaug, and Francis Childs all grew up on small farms in Iowa. Wallace changed the
way we looked at breeding hybrid corn. Borlaug is the only agronomist who has received a Nobel Peace Prize for his contribution to the world food supply through his advocacy of increasing crop yields. Childs set numerous corn yield records in which his accomplishments were likened to the breaking of the sound barrier. These were very accomplished individuals that have changed the way we look at production agriculture.

Some of the key traits that these characters exhibited were not only their ability to change and adapt at an alarming rate, but also the level of competitiveness. Wallace became Vice President, Borlaug a Hall of Fame wrestler, and Childs became a champion many times over in corn yield contests.

Things are constantly changing in the world we live in. Weather forecasts, soil conditions, markets, crop rotations, and management strategies are all things that are not concrete, they are always evolving. Some of these are within our control and some are not. In Simon Sinek’s book, Start With Why: How Great Leaders Inspire Everyone to Take Action, he writes in-depth in relation to how it is human nature to start
with the WHAT, then HOW, and finally WHY decisions are being made. He also talks about how this model is inherently incorrect. More times than not, we start with WHAT we are going to change, then HOW we will change it, and finish the thought process with WHY we made the change. When changes occur that are not within our control, more times than not, that change takes place quicker than any of us can adapt
to.  Sinek’s important point is that the key to dealing with change on any level, whether it be your life, your operation, or management practices, is starting with the question as to WHY you are making the change. What is it that motivates you to do what you do and why you do it? Is it the competitive nature of the agricultural community? Is it the ability to pass on a legacy to future generations? Is it the competitive  nature that you have within yourself to consistently achieve greater yields?

“There are no miracles in agricultural production.” – Norman Borlaug

Francis Childs planted his corn crop at 2 MPH, used tillage practices that were out of the norm, and spent almost every day of the growing season in his corn fields analyzing nutrient deficiencies and adjusted accordingly as needed.  Norman Borlaug is credited as, “The Man Who Saved A Billion Lives” with his in-depth research in the world wide utilization of wheat to fight hunger. Henry Wallace is remembered as the Father of Modern Agriculture who, as Oriville Freeman wrote, “never feared controversy, for his constant purpose was to do things which make life worthwhile.” The only constant in a successful farming operation is change. Success comes down to the commitment of being open to change. As you continue your farming operation practices, please keep in mind that the WHY, HOW, and WHAT you do on your farm have a profound impact on all facets of life in our world.